Today we are announcing that we have released a new Node-RED version for Thinger.io with some improvements

It can be installed both directly in a self-hosted Node-RED instance, or as a Thinger.io plugin on private IoT Cloud Instances. 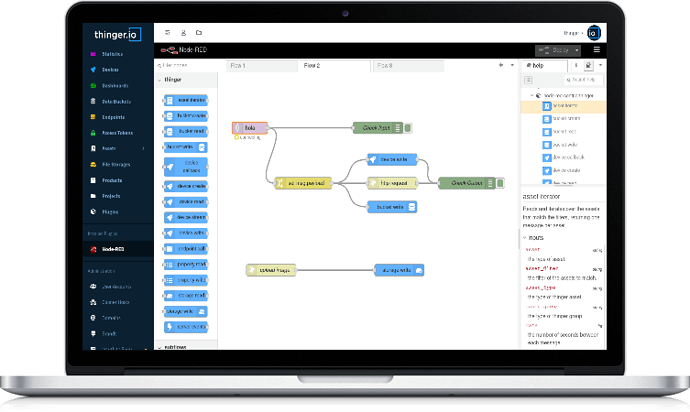 Plugin to improve the integration of Node-RED into Thinger.io

The date and time is working correctly in the Terminal log! 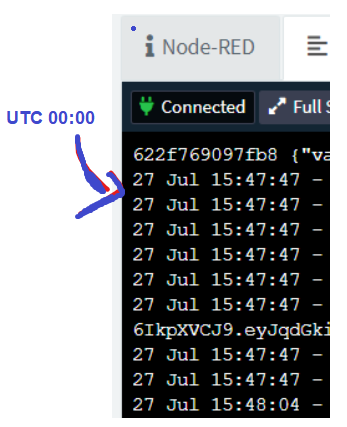 In the future, the timezone of Terminals (NodeRed, Host… ) can follow a default time zone defined by the Administrator. In our case it would be UTC -03:00. Currently, Device Inspector Terminal already follows UTC -03:00 set by Administrator 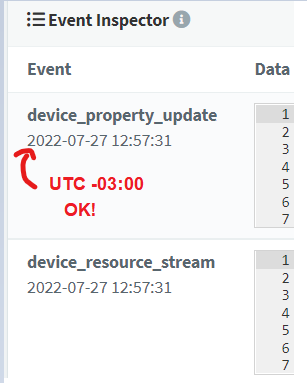 Thanks to @George_Santiago for a couple bugs reported, we’ve updated the plugin version to 1.4.1. 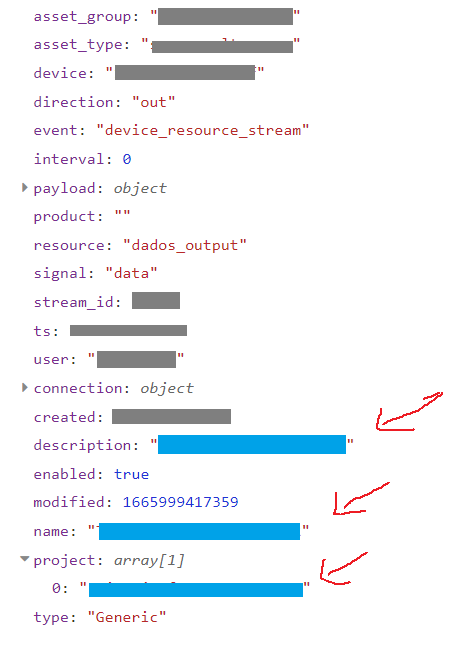 Would it be feasible to create a “host” option in the “server events” node to get host event data?
I would like to capture data about CPU, RAM, Disk… (/v1/hosts/{host}/resources) and save it in a database.
From what I understand, without this option built into “node-red-contrib-thinger”, I’ll have to make requests with NodeRed’s HTTP node to “/v1/hosts/{host}/resources”, and I think this might overload ports Server connection. 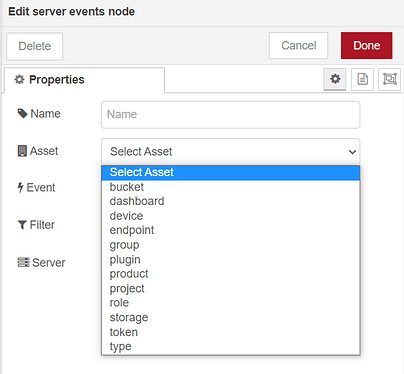 There are indeed good suggestions. We will analyze them as they may in fact be handled from the server instead of the plugin.

The plugin actually consumes the Thinger’s API to handle all operations, with little additional operations on top.

Thanks for the answer

It does go through internal communication between the containers, but from the application layer (the one that transfers application data), HTTP in this case, the requests to the server are done through the API, but it never reaches the outside world.