Today we are announcing that we have released a new Node-RED version for Thinger.io with some improvements

It can be installed both directly in a self-hosted Node-RED instance, or directly as a Thinger.io plugin on private IoT Cloud Instances. 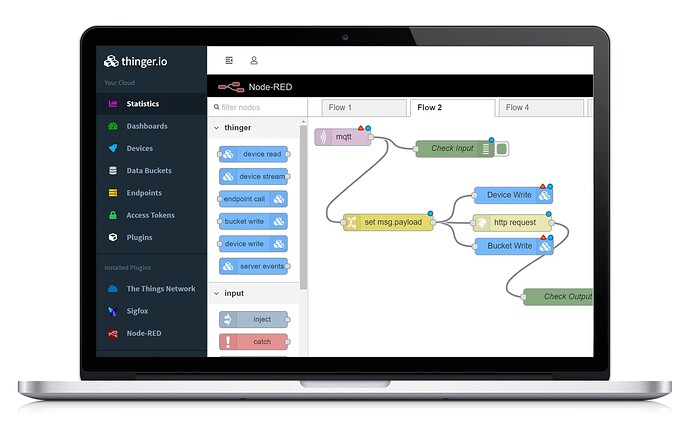 Plugin to improve the integration of Node-RED into Thinger.io

Due to some bugs we’ve found we have updated the version to 1.2.1. Keep this in mind when you update!